WARRIORS OF THE FIVE REALMS BOOK 1

Absolutely amazing! One of my new favorite books complete with a wonderful female lead with a passion for more than her brooding archmage. And he will be your new book boyfriend. 😉 Romance, great world-building, and magic, what more could a girl ask for?

This debut novel is a unicorn—larger than life characters, fast-paced action, and tender, beautiful romance. I want to live in this world with a Declan of my own!

One of the best fantasy romances I've ever read. Lyrical and poetic lines that had me swooning every other page. 10/10!

Declan can kill with a blink of his eye. Jaded and cold, he rules his kingdom the same way he does his heart—with merciless pragmatism. So why does he risk all to protect a little mortal during a slave-trade uprising? Now stuck in the Shadow Realm, the loss of his powers are the least of his troubles. The woman may have a frustratingly tender heart, but she has enough fire in her soul to thaw the ice in his veins.

He could take her by right, but he wants more than acceptance. He wants her willing surrender…

Evangeline is chained by a past she can’t remember. Her fractured memories keep her shy and single. When she is thrust into a demon realm in the arms of an indomitable archmage, he becomes her only chance of survival. But soon she realizes her unnerving protector may not be as callous as he appears, and her heart may be as much at risk as her life.

His desire for her is no secret, but she wants more than scalding lust. She wants his icy heart…

Can they survive the Shadow Realm long enough to break down each other’s walls?

Little Fire is Book 1 in The Warriors of the Five Realms fantasy romance series. Coming August 2021.

Pre-order now for your next otherworldly escape! 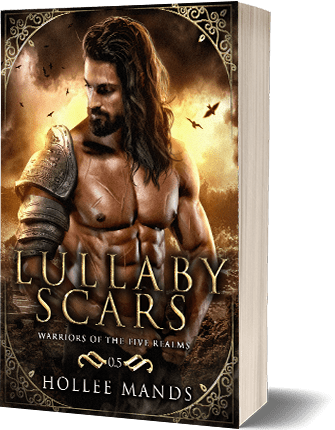 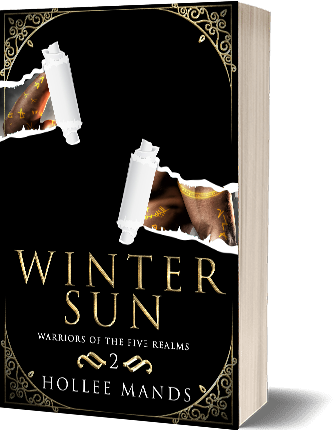